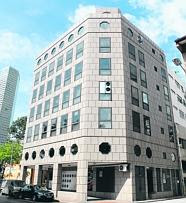 Analysts say group could be eyeing conversion to hotel
(SINGAPORE) Another office block has been sold. Premier Centre, a seven-storey property at the corner of Beach Road and Tan Quee Lan Street, changed hands earlier this month for $18 million, or about $1,076 psf based on a strata area of 16,727 sq ft.
Premier Centre stands on a site with a 999-year leasehold tenure starting from January 1827.
Market watchers reckon that buyer Fragrance Group could be eyeing the possibility of converting Premier Centre into a hotel when its existing office leases run out in 2011.
This makes sense given the property's strategic location near the Downtown Line Bugis MRT Station.
Premier Centre's existing gross floor area of about 25,600 sq ft exceeds the maximum of about 15,000 sq ft allowed for the site under Master Plan 2008.
'So it is more feasible to do additions and alterations, as well as to improve the building's efficiency by squeezing out more usable space - than to tear down the property and redevelop the site,' says an industry observer.
However, any conversion to hotel use will need approval from the authorities. The site is currently zoned for commercial use.
BT understands that Premier Centre's seller, a unit of the Hong Leong Group, recently spruced up the building's interior, including the lobby and common toilets, prior to its sale. The building is currently 85 per cent occupied.
DTZ brokered the sale. Premier Centre was completed in 1992.
Interest in small office blocks costing around $100 million or less has gathered pace.
Recently, Sommerville Development, whose shareholders include Yi Kai Group and Fission Group, bought Aviva Building in Cecil Street and the next-door Cecil House from insurer Aviva for a total of $101 million.
Sommerville also picked up VTB Building in Robinson Road for $71 million last month. Its intention is said to be to redevelop the properties to apartments.
Other office deals transacted recently include Anson House, which was sold for about $85 million, and the freehold Parakou Building, at the Robinson Road/McCallum Street junction, which went for $81.38 million or $1,280 psf of net lettable area.
Parakou Building was bought by a unit of Cathay Organisation, controlled by Choo Meileen.
Source: Business Times, 21 July 2009
Posted by About Singapore Property