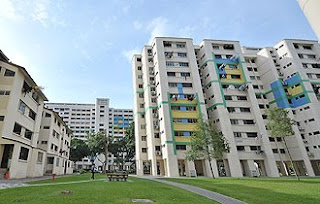 PRICES of Housing Board flats have reached a historical record, rising 1.4 per cent in the second quarter this year, reversing a first-quarter dip of 0.8 per cent.

Fresh data released from the HDB on Friday shows the resale price index rising to 140.2 - beating the previous record set in the fourth quarter of last year when it hit just over 139.

The figures have come in slightly higher than flash estimates released earlier this month which showed that prices rose 1.2 per cent.

Sales of HDB resale flats also surged 58 per cent, reflecting improved market sentiment, to reach 10,184 transactions in the second quarter, compared to 6,446 in the first quarter.

Year on year, second quarter sales rose 31 per cent compared to the 7,763 units sold in the same period last year. Analysts attribute the healthy sales volume to the economic outlook which has grown more optimistic in the second quarter.

Industry observers also noted that resale flats were popular as the cash needed upfront, or cash-over-valuation (COV), to buy a resale flat was low or approached zero.

Friday's HDB data showed that the median COV continued to decline, falling to $3,000 in the second quarter, compared to $4,000 in the first quarter.

The number of flats which sold above valuation also declined from 62 per cent of all transactions in the first quarter, to 57 per cent in the second quarter.

The remaining 43 per cent was sold at or below valuation, said HDB.

Meanwhile, rental rates for HDB flats did not register drastic movements. Median sublet rents for two-room and five-roomer flats for the second quarter stayed the same, but fell by $100 for three room, four room and executive flats.

Rental transactions increased by 9.6 per cent to 3,862 cases in second quarter compared to the first quarter. But compared to the same period last year, it fell by 6.3 per cent.

The total number of HDB flats approved for subletting rose to about 23,200 units as at second quarter, compared to 22,800 units in the first quarter.

6,000 BTO flats
The board said it plans to launch another 6,000 units under its build-to-order scheme in the next six months, of which some 2,400 units would be three-room and smaller flats.
The bulk of new flat supply would be in Punggol.

To date, the HDB has launched about 2,000 new flats in Punggol, Sengkang and Woodlands in 2009 to ramp up supply.

Some 1,500 condo-style HDB flats were also on offer by private developers under HDB's Design, Build and Sell (DBSS) scheme.