60% of Nex mall at Serangoon Central leased out 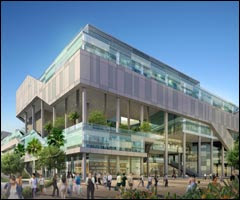 SINGAPORE: The upcoming suburban mall Nex located at Serangoon Central has leased 60 per cent of its lettable space.

Its developer Gold Ridge said retailers like Isetan, Courts and Challenger are among its key tenants.

Gold Ridge added that Isetan has secured a 53,000-square foot space, spanning three floors. This will be Isetan's first new department store in Singapore since 1995.

Another first, the developer said supermarket chains Cold Storage and Fairprice Xtra will be housed together under the same roof.

The six-storey mall will also have a wide variety of F&B and entertainment options.

To be developed at a cost of S$1.3 billion, Nex will be ready by the end of next year.