Finding that jewel of a house 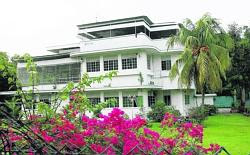 While most bungalow plots are in the central and eastern districts, they can be found anywhere in Singapore
IT'S not called house hunting for nothing. But if you find a gem of a home, the effort will be very much worthwhile.

Some of the more rewarding finds are big bungalow plots in areas outside central Singapore which, for one reason or another, have so far escaped redevelopment.

By definition, a bungalow here has to be on a site no smaller than 400 square metres and no less than 10m wide. This may be small compared with a Good Class Bungalow (GCB) - 1,400 sq m minimum - but it's twice as big as a semi-detached plot and five times as big as an intermediate terrace (Type II) plot.

Most people associate bungalow plots with the few GCB areas in prime central districts. But at the turn of the 20th century, many of Singapore's wealthy businessmen chose to build homes on the seafront - and it's here that many of these bungalow plots still exist.

One such area is the East Coast. Propnex CEO Mohamed Ismail says Mountbatten and Siglap are good hunting grounds, where such plots may start around $700 per sq ft. 'They make good investments because of the limited supply,' he adds.

A large bungalow site in Mountbatten that was sold in recent years was Chan's Ville, which belonged to the late Chan Ah Kow, patriarch of one of Singapore's leading sports families.

About the time Chan's Ville was sold, another bungalow in Mountbatten was sold for $11.8 million or $305 psf for the 38,662 sq ft site. And this site was redeveloped too.

Indeed, with many waking up to the opportunity for redevelopment, the number of large sites on the East Coast has been dwindling.

Still, there are other areas to hunt in, and Mr Ismail suggests Upper Thomson and Braddell Road.

Donald Han, managing director of Cushman & Wakefield, reckons there are about 20,000 detached houses in Singapore, not counting GCBs. Many are in District 15, but other areas include Sunset Way, Jalan Binchang, Westlake estate, Eng Neo Avenue, Faber Park and Serangoon Gardens.

But as Mr Han points out: 'There is hardly enough supply to cater to demand.'

This demand comes from the desire of many Singaporeans to own a landed home.

As an investment, however, landed properties generally give a lower yield of 2 per cent per annum, compared with 3 per cent or more for condominiums, as bungalows are not as easily leased. 'But landed properties tend to be closer to the hearts of owner occupiers and investors alike,' Mr Han says.

William Wong, managing director of RealStar Premier Property Consultant, believes that while most bungalow plots are in the central and eastern districts, 'there are quite a number of them and they can be found anywhere in Singapore'.

Occasionally, bungalow plots in unusual locations are offered by the government.

Of course, Sembawang may not be quite the same as Queen Astrid Park - but not many will want to pay between $700 and $1,000 psf for a bungalow plot in a prime district.

What is important to note is that landed housing areas are strictly protected by urban design guidelines. For instance, if you do buy a GCB, you can be sure a condominium is not going to be built on the plot next to yours.

The same cannot be said about plots outside landed housing areas. Indeed, if you happen to come across a detached house sandwiched between condominiums, chances are the area has been gazetted for high-density living.

So before buying landed property - especially if it is outside a safeguarded landed housing area - make sure you check the zoning. This will reveal what can be built. For instance, Mr Wong says mixed zoning means that either terraced, semi-detached or bungalows can be built.

Another important consideration is height restrictions in particular areas. This can significantly alter the redevelopment potential of a site, especially if you intend to build a three-storey house when only two storeys are allowed.

In some instances, landed properties may be in areas that have been rezoned with higher plot ratios. A plot ratio of 1.4 is enough to see neighbourhoods of landed homes slowly redeveloped into apartment buildings. This means that even if most of the properties on the street are landed homes, any of them can be redeveloped as a high rise if the plot is big enough. Of course, for some this represents a windfall.

Steven Ming, Savills director for prestige homes, says the GCB market is extremely active. 'And we can similarly expect demand for detached houses, even those outside GCB areas, to remain strong as well,' he says. 'Recent strong sales have been fuelled by vast liquidity, availability of cheap finance and a general belief that the worst of the global crisis is over and that the panic-selling phase has passed.'

Mr Ming believes that if current buying momentum continues, detached house prices can be expected to appreciate 10-15 per cent during the rest of the year.
Source: Business Times, 23 July 2009
Posted by About Singapore Property