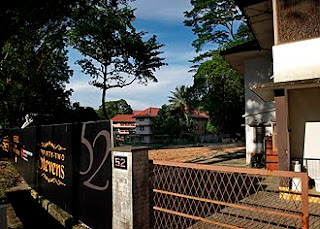 A PROPOSAL to ban property agents from representing both the seller and buyer in the same transaction has generated strong public interest - with many giving the idea the thumbs up.

This practice, widespread in the HDB resale market, leaves the agent with a clear conflict of interest.

But there is likely to be resistance from some agents who stand to lose commissions if it is implemented.

The proposed ban is one of a series of possible changes in a planned industry overhaul after years of complaints about questionable practices by some agents.

The proposal most commented upon was the ban on dual representation

Many respondents also backed a plan to ensure agents have a minimum entry qualification - probably an entrance exam. They felt it was important for the exam to cover ethics, given that complaints often stem from unethical practices.

Most respondents were 'generally supportive' of the key proposals, MND said. These also include mandatory accreditation of agencies and agents, keeping a public central registry for accredited agents, setting up an independent tribunal to resolve real estate disputes, and introducing a demerit points system.

The views received during the exercise - conducted from Oct 13 to Nov 17 - were generally consistent with feedback gathered during industry consultations a month earlier, MND said. The respondents included property agents and clients who had been caught in unpleasant encounters with agents, said a spokesman.

The Government aims to better safeguard consumers' interests and raise the level of professionalism in the industry.

Some of the key proposals are long overdue, some industry players said.

Most would be welcomed by the industry, but some agents may not be happy if dual representation is disallowed.

An agent representing both sides in an HDB deal can get two commissions, even though there is clear conflict as sellers would want the highest price for their property while buyers want the lowest.

'This practice has been around since the first day HDB flats were traded. Obviously, there will be some resistance from property agents,' said C&H Realty managing director Albert Lu.

As HDB flat transactions can be complex, it is useful for buyers and sellers to have their own agents, to ensure that an unrepresented party does not delay or mess up the transaction, he said.

There were suggestions to mandate co-broking, to stipulate that all buyers are to engage an agent and to require agents to inform sellers of all offers, regardless of the offer price or agent fees.

There were also calls for a standard commission guideline to curb undercutting among agents and to protect less educated consumers, for instance.

Some also wanted to see minimum educational qualifications. Mr Lu felt this was unnecessary. Having paper qualifications does not guarantee an agent will act ethically, he said. Passing an entrance exam is enough, even though it does not ensure ethical behaviour. A Government accreditation board could suspend errant agents, he added.

Mr Lu felt that the entrance exam should also be conducted in Chinese, for the benefit of a group of older, experienced agents who are Chinese-educated.

PropNex chief executive Mohamed Ismail expects a central registry to come in to help control rogue agents, who are now able to switch agencies unchecked. Some respondents suggested posting the names of blacklisted agents online to warn the public.

Suggestions from the public include the use of standard forms and contracts as well as disallowing agencies and agents from buying new properties from developers with a view to selling them.

MND expects to announce key elements of the framework early next year.