What do HDB numbers say? 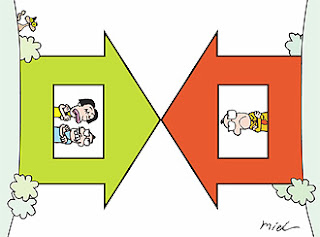 THESE days, both the Housing Board (HDB) and home buyers seem to be grappling, in their different ways, with statistics.

First-time home seekers have complained in recent media reports and in letters to The Straits Times' Forum page that it is tough to get a new HDB flat. Some said they had failed to get a home despite trying as many as 18 times.

The HDB responded recently by releasing its own records to show that some of these claims were 'not entirely truthful'. Some buyers had offered exaggerated accounts of their failed attempts to get a new flat, it said.

As National Development Minister Mah Bow Tan put it, it was 'not a matter of buyers getting a flat; it's a matter of them getting it and not selecting it, for one reason or another'.

To reinforce its case, HDB issued figures to show that first-time applicants had an 80per cent chance of success at being offered a flat - and this rose to 96per cent on their second try.

But what do these numbers tell us? A closer look indicates that there is more to this than meets the eye.

Consider the following hypothetical case: Say HDB launches a BTO project consisting of 200 flats. Let's also assume these flats are all for first-time applicants and HDB receives about three times the number of applicants as flats: 600.

Now, if the flats prove to be popular, then it is likely that the 200 couples at the front of the queue will quickly snap up all the flats. The 400 left in the queue would be considered unsuccessful applicants, by HDB's definition, since they were not offered a flat at all. So the 'success rate' of being offered a flat in this case would be only 33per cent.

Conversely, if the flats are unpopular and the first 200 couples in the queue do not all bite, the flats will be offered to the remaining 400 in the queue until they are all taken up. In this case, the success rate of first-timers being offered a flat might be as high as 100per cent.

It seems, therefore, that the 'success rate' figures offered by HDB may lead to some pretty counter-intuitive conclusions.

Popular BTO exercises might result in a low success rate for first-timers, particularly if the queue for these highly-prized units is long. Conversely, a high success rate may just mean HDB is offering flats that people don't want to buy.

So, could the high success rates that HDB quotes (80 and 96per cent) simply be the result of it building a whole lot of unpopular flats that are being routinely rejected by the people to whom they are offered?

Well, no - for the overall take-up rate for BTO projects last year was a healthy 89per cent. So HDB is building flats that are generally popular.

How, then, can we make sense of HDB's numbers? And how can we resolve the debate between the Board, which says it is meeting demand, and buyers, who say they can't seem to get the flats they want?

What is clear to me is that these numbers show HDB is meeting demand, but only in a perfect world where flat buyers are not choosy and take any flat they are offered.

In this perfect world, the 80per cent who are offered a flat will go on to select it, while almost all (96per cent) will get a flat on the second try.

The reality, however, is that the average buyer is choosy, and not all flats are created equal.

HDB's own figures show that even for buyers on the first day of flat selection, with the full panoply of options before them, the rejection rate can be as high as 36per cent - as was the case with Sengkang's Fernvale Crest, launched in June.

HDB suggests that these unsuccessful flat applicants have themselves to blame, in part. But buyers who have rejected flats have counter-argued that buying a home is one of life's biggest decisions.

Who wants to be forced to buy an unattractive second floor unit facing the rubbish dump because that is the only one on offer? Or live in a new estate that hasn't been properly developed yet?

These buyers would claim, thus, that HDB isn't meeting demand. Build nicer flats, they would say, and they would take them up promptly when offered.

The trouble is, HDB cannot afford to build only premium flats in prime locations. To begin with, there is a physical limit to the land available in such locations. Also, part of HDB's mission is to develop new towns and move the population to these less popular areas.

But a more fundamental economic problem is that HDB cannot price these premium flats at prices anywhere close to their private sector equivalents.

An implicit limit on the price of public housing means that successful applicants of premium flats are getting them at a bargain compared to private condominium unit buyers - or even, in some cases, resale flat buyers.

The perception is that homeowners get flats in prime locations 'on the cheap'. So the flat selection system for these premium flats turns into a lottery of sorts.

What can be done to solve this impasse between the Board and young homeowners?

Feedback from young couples is that the BTO system forces buyers to wait three to four years to get their flat. This is a key reason why many drop out of the queue. They either turn to resale flats, or - tellingly - join popular sales exercises, such as HDB's recent sale of so-called balance flats, which offered 2,132 ready or almost-ready flats across the island.

Should HDB offer more completed flats that will be attractive to young couples keen to move in and start families?

One thing to do might be to offer completed flats for immediate occupation in outlying new estates that HDB is trying to grow. This would give people a strong incentive to select flats they are offered.

Conversely, BTO flats should be offered in popular mature estates where demand is likely to be highest and people will grab any offer anyway, however long the wait to completion.

Until some such solution is found, I suspect HDB and young couples will continue to disagree. And unless attitudes change, I don't see anyone having the last word on this.