When, oh when, will people learn? 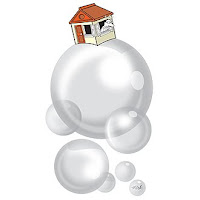 THERE is a lot of misunderstanding about home prices. Many people all over the world seem to have thought that since we are running out of land in a rapidly growing world economy, the prices of houses and apartments should increase at huge rates.
That misunderstanding encouraged people to buy homes for their investment value - and thus was a major cause of the real estate bubbles around the world whose collapse fuelled the current economic crisis. This misunderstanding may also contribute to an increase in home prices again, after the crisis ends. Indeed, some people are already starting to salivate at the speculative possibilities of buying homes in currently depressed property markets.
But we do not really have a land shortage. Every major country of the world has abundant land in the form of farms and forests, much of which can be converted someday into urban land. Less than 1 per cent of the earth's land area is densely urbanised, and even in the most populated major countries, the share is less than 10 per cent.
There are often regulatory barriers to converting farmland into urban land, but these barriers tend to be thwarted in the long run if economic incentives to work around them become sufficiently powerful. It becomes increasingly difficult for governments to keep telling their citizens that they cannot have an affordable home because of land restrictions.
The price of farmland has not grown so fast as to make investors rich. In the United States, the price of agricultural land grew only 0.9 per cent a year in real (inflation-adjusted) terms over the entire 20th century. Most of the benefit from investing in farmland has to be from the profit that agribusinesses can make from their operations, not from the appreciation of the price of land.
Despite a huge 21st-century boom in cropland prices in the US that parallels the housing boom of the 2000s, the average price of a hectare of cropland was still only US$6,800 (S$9,900) last year, according to the US Department of Agriculture. One could build 10 to 20 single-family houses surrounded by comfortable- sized lots on this land, or one could build an apartment building housing 300 people. Land costs could easily be as low as US$20 per person, or less than 50 US cents per year over a lifetime. Of course, such land may not be in desirable locations today, but desirable locations can be created by urban planning.
Many people seem to think that the US experience is not generalisable, because the country has so much land relative to its population. Population per sq km in 2005 was 31 in the US, compared with 53 in Mexico, 138 in China, 246 in Britain, 337 in Japan and 344 in India.
But to the extent that the products of land (food, timber, ethanol) are traded on world markets, the price of any particular kind of land should be roughly the same everywhere. Farmers will not be able to make a profit operating in some country where land is very expensive. Farmers would give up in those countries unless the price of land fell roughly to world levels, though corrections would have to be made for differing labour costs and other factors.
Shortages of construction materials do not seem to be a reason to expect high home prices, either. For example, in the US, the Engineering News Record Building Cost Index (which is based on prices of labour, concrete, steel and lumber) has actually fallen relative to consumer prices over the past 30 years. To the extent that there is a world market for these factors of production, the situation should not be entirely different in other countries.
An even more troublesome fallacy is that people tend to confuse price levels with rates of price change. They think that arguments implying that home prices are higher in one country than another are also arguments that the rate of increase in those prices should be higher there.
But the truth may be just the opposite. Higher home prices in a given country may tend to create conditions for falling home prices there in the future.
The kinds of expectations for real estate prices that have informed public thinking during the recent bubbles were often totally unrealistic.
A few years ago, Professor Karl Case and I asked random homebuyers in US cities undergoing bubbles how much they thought the price of their home will rise each year on average over the next 10 years. The median answer was sometimes 10 per cent a year. If one compounds that rate over 10 years, then they were expecting an increase of a factor of 2.5 and, if one extrapolates, a 2,000-fold increase over the course of a lifetime. Home prices cannot have shown such increases over long-time periods, for then no one could afford a home.
The sobering truth is that the current world economic crisis was substantially caused by the collapse of speculative bubbles in real estate (and stock) markets - bubbles that were made possible by widespread misunderstandings of the factors influencing prices. These misunderstandings have not been corrected, which means that the same kinds of speculative dislocations could recur.
The writer is professor of economics at Yale University and chief economist at MacroMarkets LLC.
Source: Straits Times, 18 June 2009
Posted by About Singapore Property