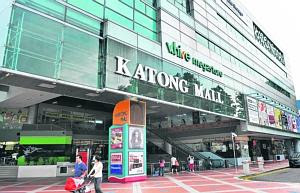 Opposers of $219m deal change mind after 18 months, in wake of slumping market

WHAT a difference 18 months makes.
Back in September 2007, some owners of shop and office units in Katong Mall, which grew to a group of 23, banded together to fight against a proposed collective sale of the shopping complex.
Some were attached to the place, others were concerned that the offered price was too low for them to buy replacement units elsewhere. The group was even considering court action to challenge the draft sale agreement.
Then the economic crisis barrelled in in the middle of last year. By the year-end, the property market had gone soft.
This was when the offer price of $219 million for the mall at the junction of Joo Chiat and East Coast roads, set before the downturn, started to look pretty good.
Now, the objectors have made an about-turn, and the deal has been sealed.
At a hearing on Tuesday, the Strata Titles Board (STB) approved the collective sale application, marking the end of an 18-month tussle between the sale committee and the objectors, who now get what might be considered a windfall, considering the uncertain times. Several mediation sessions were held by the STB in the last three months, which led to the deal now accepted by the objectors.
With it, Katong Mall, a four-storey complex occupied by 258 shops and offices, is the first full-retail development to be sold en bloc. Other collective sales have been for residential developments or those with a residential-retail mix.
Drew & Napier lawyer Adrian Tan said Katong Mall represented the first such deal he knew of in which the opposers' objections were withdrawn before the hearings at the STB even started.
'Credit must go to the STB for managing the mediations smoothly,' he said.
In the Katong Mall saga, some minority sellers were uneasy that the buyer, Tuan Sing Holdings, owned 72 per cent of the units through two subsidiaries, making it the majority seller.
The retail units in the mall range from 10 sq m to 2,436 sq m in size.
Lot owner and lawyer Jeannette Aruldoss, who was among the objectors, said the change of mind made commercial sense as 'we were overtaken' by events in the market. Those who had difficulty finding replacement units now realised it was no longer the case, given the changed market, she added. Average prices for commercial space have fallen 5 to 10 per cent in the last half a year, said property consultant Nicholas Mak.
Ms Stella Hoh, the investment director of property consultants Jones Lang LaSalle, which brokered the sale, said it was a 'win-win' deal as it gave the sellers a premium on their lots, while also giving Tuan Sing total control over the tenant mix, unlike before.
This will be changed so the mall serves the growing residential developments in the East Coast; Tuan Sing also plans to put $40 million into major renovations.
Its chief financial officer Chong Chou Yuen said: 'We are in for the long term and are quite optimistic about the long-term returns for the mall.' Tenants are expected to move out by the year-end.
Source: Straits Times, 12 Mar 2009
Posted by About Singapore Property