Homehunters bought 847 units in June, compared with 1,083 units in May and the near-record 2,208 units in April, according to Urban Redevelopment Authority (URA) data released yesterday.

The June figure brings new home sales to 8,518 units for the first half of the year - averaging 1,420 units per month and ahead of last year's average monthly sales volume of 1,224 units, noted CBRE Research.

The URA figures show that launches were also down last month, with 1,010 units released, against 1,135 in May.

Property experts had factored in a quiet June, given that the four-week-long South Africa World Cup, school holidays and the euro zone crisis were likely to divert the attention of potential buyers. 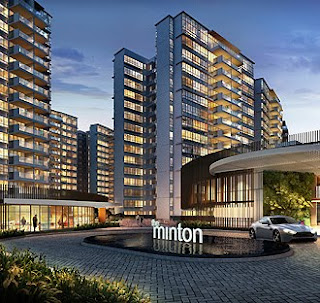 About half of the sales in June were for homes in suburban areas, according to URA, while prime areas proved to be the quietest, accounting for 17 per cent of sales.

It points out that mid-tier units in city-fringe areas - or what the URA calls Rest of Central Region - dipped by a sharp 74 per cent to just 275 units from April's peak level of 1,044 units.

The firm's director of research and advisory, Ms Tay Huey Ying, said that this was not surprising, considering URA preliminary data had showed prices in that region gaining the most in the first half, compared to prices in the city centre or suburban areas. And overall, the prices have crossed the previous peaks.

The Minton in Hougang proved to be June's top seller, moving another 173 units at a median price of $871 per sq ft. CBRE Research said that this was higher than the median price of $849 psf reported for the first 204 units sold in May.

A new launch, Waterfront Gold, had a weaker showing with 157 units launched and 77 units sold at a median price of $996 psf.

Jones Lang LaSalle said the total quantum demanded at the project - more than $1 million for a three-bedder - was possibly larger than what the market was willing to absorb.

Buyers could come out to buy before the inauspicious Hungry Ghost Festival in August, they said.