Agents collecting cheques even before next week's preview

BUYERS are said to be already showing interest in a condominium project in the Central Business District, although the preview will not be until next Thursday. 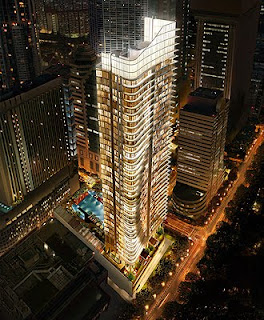 Property agents have apparently collected cheques from buyers for the 99-year leasehold development in Shenton Way, according to sources.

Pre-marketing is common these days, with agents busy drumming up interest before the preview, so some buyers try to get in early.

‘On the ground, there seems to be a lot of interest, but the real test will come next week when it is previewed,’ said one agent.

A property expert added: ‘New launches are hot today, but the older condos are forgotten.’

The 39-storey downtown condominium – called 76 Shenton – is being developed by Hong Leong Holdings. It is at 76 Shenton Way in Tanjong Pagar on the site that used to house the Ong Building, next to Lippo Centre.

Knight Frank is the other marketing agent.

The Residences at W Singapore, being developed by City Developments in Sentosa Cove, will also be released for sale next week, as will Ho Bee’s Sentosa Cove project, Seascape.

Hong Leong is also in final preparations to launch the 65-unit Nathan Suites in the Bishopsgate area, said its spokesman.

Talk is that the freehold Nathan Suites – located next to Regency Park – will sell for around $2,000 psf.

Apart from these high-end projects, developers are also preparing to release mid-range residences.

These include Frasers Centre-point’s 393-unit project on the old Flamingo Valley site in Siglap and Far East Organization’s 104-unit freehold project, The Sound, in Telok Kurau.

The spate of launches comes amid a buoyant market, with sentiment especially high for new releases.

Developers sold 2,676 new private homes in the first two months of the year, more than the 2,552 homes sold in the first quarter of last year.

Cheung Kong (Holdings) sold at least 160 units of The Vision in West Coast Crescent recently for a whopping $1,000 psf to $1,200 psf after a few rounds of marketing.