A TAIWANESE couple have paid $650,000 for a four-room flat in Bain Street – smashing Housing Board (HDB) records and reflecting the strength in the red-hot resale market. 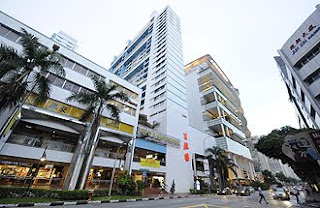 That is the highest psf price paid for an HDB property and is on a par with prices of private homes in suburban areas.

But the Taiwanese, who are permanent residents (PRs), bought the 883 sq ft flat last month for its proximity to their work place in the City Hall area, its designer interior and panoramic views, said ERA Realty agent William Koh, who brokered the deal. The couple paid $70,000 above the flat’s valuation.

The sellers were a young Singaporean couple who have a child. Both buyer and seller declined to be interviewed.

The price trumps the old record set last November when a four-room, 969 sq ft flat at Strathmore Avenue in Queenstown sold for $653,000 or $674 psf.

Housing analysts were surprised at the price achieved in Bain Street.

ERA Asia-Pacific associate director Eugene Lim said the purchase was unusual although demand ‘is still strong’, with upgraders, downgraders and PRs propping up the market.

The HDB recently tightened rules on the resale market. Buyers of non-subsidised HDB resale flats must now occupy their property for at least three years before they can sell it. This is up from 2.5 years or one year previously, depending on the financing.

The HDB has also imposed limits on the number of HDB flats in each block and neighbourhood that can be sold to non-Malaysian PRs to prevent the formation of foreigner enclaves.